Last year I added a list of music to listen to while I wrote my novel. I invited others to come have a listen, and it was well received, plus it turned up the inspiration for me; so I thought… why not do it again?! Keep in mind most of it is low-key electronic, or foreign. There’s a reason for that; most of my stories occur in Europe, and, well… I write supernatural, so the quasi-spooky sounds are appropriate. Throw in a little love and angst, and the music shapes the story. [All are from YouTube,  no ads. Consider buying a piece or two, if you like it. I have. <3]

This year my title is “Mister Go Away”. It’s a bit of a push-me-pull-you sort of idea, which is sort of where I am at the moment, waiting for completed things to engage and live on their own, so I can get on with other projects, new and half baked.

Speaking of half baked… I mentioned to a friend that I might make some Hallowe’en cookies – you know, the kind that are shaped like bats, ghosts, and pumpkins? She said she was rethinking her Christmas tree for this year. We cooked up a Hallowe’en tree idea… a leafless  branch bedecked with cookie cutters for ornaments (after I use them to cut our yummy nibbles, of course). What do you think? Want some? 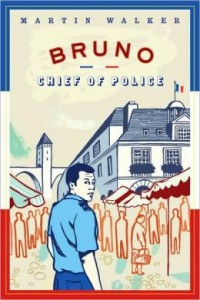