I lived in a haunted house when I was a kid, growing up in England. Yeah, I know what you’re thinking… “All kids think their house is haunted.”

But I was not alone – my entire family had the same

odd experiences I had, and we all had dreams about the place that were weirdly similar. Even our dog was skitterish inside. One morning I smelled bacon and heard pots and pans being used in the kitchen, things frying, sounds of setting table… all accompanied by a happy conversation of many people. But as I turned the corner to investigate, it all ceased. The stove was cold, everything was in its place. The smell of bacon vanished – instantly.

But I never saw any ghosts, never saw anything move by itself, never found evidence that anything was there to make those sounds or smells. I also never felt any fear. Maybe they were friendly ghosts, like Caspar; or maybe I’m just not the scaring kind. Bwahaha! I’m totally a scare-dy cat.

Still, I’m fascinated by mysterious beings, strange happenings, weird and lovely sights and sounds… but not terrifying, harmful things. You can have the horror and I’ll take the ‘strange but true’.

When my family moved to the States I had an English teacher that was interested in odd things like fire walking in Ceylon, and he taught me to write about what intrigued me, rather than what I thought other people expected me to write.

So I’m interested: have you ever seen a ghost? Had a dream that come true? Felt like someone was watching you, but no one was there? Or does your phone ring and it’s the person you were just thinking about?

This is the world of the Supernatural; a reality where odd happenings cannot be disproved, even when logic dictates, “if you can’t see it, it must not be there”… but what if that’s not true? Can these spirits, ghosts or disembodied souls be trying to tell us something? Can they hurt us? Are they aware of us? Could they be from a different dimension? I don’t have all the answers but sometimes it sure seems like their plans involve us.

If you are so inclined, tell me what you think about the Supernatural, and look for my upcoming book, “A Spirited Wine”. 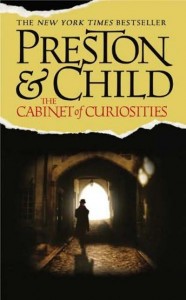